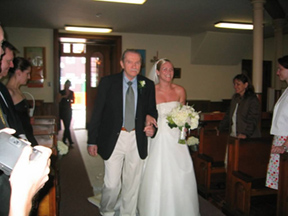 My father was always the smartest person I knew. His advice and everything he taught me will stay with me forever. And boy was he funny. As his audience grew, so did the number of people who’d be profoundly affected by that intelligence, that wisdom and that humor. Being part of his audience was just thrilling. Both seeing him perform and seeing the reaction others had to his words – belly laughs, tears, knowing sighs, stunned silence. It was validation for him and for me too, the daughter who had always been in awe of her father. I miss him terribly, and am honored to provide the words I wrote for him as the first blog entry.

You’re in for a surprise!

At the end of the blog you will see Nat’s “Grasshopper” poem and Clare’s “Bird” poem. Nathaniel and Clare are the eldest of Jack’s grandchildren, and, every year, got to see their grandfather at wonderful Christmas get togethers in Wisconsin with plenty of story reading, movie watching and muffin eating. Grandpa Jack enjoyed them greatly – and they him. Despite their youth (Nat was just 8 when Jack passed away and Clare just 6), both contributed meaningfully to his memorial service. Nat was very touching and articulate when he said “I love to watch Grandpa Jack on youtube. His death, though not unexpected, is still sad.” Clare lit a candle for him on the altar. The poems they created for his website are playful, creative and, especially in Clare’s case, indicative of their passions in life.

Eulogy – A Few Words for Dad

Just nine short years after my father wrote Epithalamion – a Few Words for Kathleen for my wedding, I find myself writing Eulogy – A Few Words for Dad. It’s no small challenge – writing something to read for the master of the spoken word. I asked Annie to help me articulate the challenge and she said “it’s like building a car for Henry Ford.” She clearly has my father’s gift for coming up with the perfect metaphor.

I’m not going to be building any cars but I will try to meet my father’s wishes for this service – let there be stories.

One renowned poet said that Jack’s poems read like extraordinary conversation – well, his daughters were party to that conversation long before my father became the stand-up poetry guy. Throughout our childhoods, my dad held us spellbound with his witty anecdotes, his seemingly infinite store of knowledge, and the uncanny ability he had to get to the heart of things. Decades before he provided so many new poets with words of encouragement, he was encouraging the three of us to do and try anything and everything. Megan says this was regardless of our ability and that if he ever saw any ineptness, he certainly didn’t let on. But we all know inept and McCarthy never go hand in hand (especially when you’re talking about Megan)!

My father believed that children should lead interesting lives, and our childhood, though somewhat atypical, was deeply interesting. We had trips to the beach but they were usually in storms, when the bodysurfing was best. I distinctly remember heading to horseneck beach on one of those humid days in late August where the skies had suddenly blackened. A long line of cars was exiting the beach as we pulled up. My father asked through the open window “How’s the surf?” The bewildered driver responded “It’s great …. but look at the sky!” Dad’s retort: “We don’t care about the weather; we just care about the waves!”

For those of you who’ve heard my wedding poem, you know that on Friday nights from the time I was 8, I would accompany my dad to AA meetings. Some might frown upon this as a father-daughter activity and in fact, my father initially resisted, but he gave in, realizing this odd request was a testament to how much I wanted to spend time with him. Other unconventional activities – accompanying dad to the office when he had to work on Sundays. It was a perfect afternoon for us: time with our father and whatever we wanted from the break room vending machine.

And when I took up my own job on Sundays selling newspapers in front of the church, it was dad who accompanied me to work, helping me insert the ads in the papers in time for the 8 o’clock mass. After my parents divorced, he’d make the trip down from NH to help me. And while at the age of 11, his help was much needed, by 13 and 14, I could easily manage the task on my own. Years later, he pointed out that neither of us let on to knowing this.

And it wasn’t all work in those days – we all relished our annual trip to Vermont to visit Ruth Read. Grandmother Read was dad’s adopted mother. (You can see that throughout his life, people have adopted Jack: Ruth Read as a son, years later so many in the poetry world as a father figure.) Those trips are beautifully etched in our memories – car rides where dad would strain his neck looking for hawks, and we’d try to outwit each other to reach across the dashboard to be the first one in NH. We’d sing along to mixed tapes (sometimes dads, sometimes our own) but always our singing was interrupted by dad’s analysis of the songs – his unmasking of the lyrics or the reason it was or wasn’t auditorily appealing. The candy we’d enjoy on the ride – M&Ms, twizzlers, and a masterpiece of sweet and savory snacking known as the cheez waffie. At the store, dad would explain to the cashier that we were going to be in the car for over 2 hours. We’d make the candy last all wknd though – in part because we were only allowed one M&M every 8 miles. Jack says in his poem Substances that he’s constitutionally a stranger to moderation in any of its forms – perhaps this was his attempt to teach us moderation. I’m not sure, but to this day I savor each and every M&M.

Once in Vermont, the thrills began … jogs down to, followed by swims across, the Connecticut River. He’d let Megan and I jump off the bridge with him – he going first to ensure there were no hidden pilings in the river below. We’d wait with pounding hearts for him to emerge then make our own thrilling leaps. It was the only “don’t tell mom” activity I remember.

My father worked hard to instill traditions that we continue to cherish – particularly at Christmas. The reading of Dylan Thomas’ A Child’s Christmas in Wales, listening to Phil Specter, eating fudge. Gifts were secondary – but never overlooked. Even the year dad had taken a second job at Radio Shack to make ends meet and broke his ankle and couldn’t shop, he still put what he could under the tree. Sure, it was batteries, but in a wide assortment of sizes, and who can’t use batteries?

With our father out of the house and our daily lives, the rides to and from activities became some of the most memorable times. He was driving me to a cross country meet in 1989 the day the Berlin Wall fell. The song Crumblin’ Down came on the radio and dad, always seizing upon songs to make a point, explained the significance of what had happened Track meets, soccer games – I don’t think dad missed a single one in high school or college. And those of you who came to know the gentle, calm, rage-free master of the open mike, I really wish you could have seen him bellowing on the side lines at my games.

But I’d be doing a disservice to my dad’s memory if I spoke of car rides with him without mentioning …. car trouble. My father was known as Shitbox Jack for good reason. He has an entire series of poems about his cars and car problems and a CD called “Breaking Down Outside a Gas Station”. He quipped that triple A had him on speed dial. For his passengers, playing games by the side of the highway while their dad hitchhiked to the nearest gas station was … character building. More so than anyone we know, we appreciate an accurate gas gage, a car that can cool itself, a functioning clutch. But of all the times we broke down, dad never failed to get us where we needed to be. Even when the starter went at a rest stop on the pike on the way to my first day of college at Smith – he felt terrible but I’m certain that the extra few hours with my father did more to prepare me for that transition than the freshman orientation I missed.

My father did teach me that reliable transit was attainable with just a small investment … in running sneakers. Just as he jogged home to Dorchester from downtown so many year ago, backpack chuck full of his suit and work papers, I now run to and from work in the Back Bay. When people eye my backpack quizzically, I just think of what my father always said “at least I know how long it’s going to take me.”

Indeed, dad and I had a shared passion for running and participated in dozens of races together – he loved to see me win trophies but our only criteria for entering a race was a free t-shirt. We’d go anywhere in eastern Massachusetts for one – anywhere in the entire state if it had long sleeves. He couldn’t wait to turn 50 because the masters category was far less competitive and he too might start winning trophies.

Just as epithalamion brought my dad to raffle tickets that never won anything, so eulogy has brought me to masters trophies that were never won. But for both of us – what a consolation prize we got. I found my Mark and dad his two greatest loves: Carol and poetry. In Carol, dad found an unimaginably dedicated, supportive and loving partner. He calls her “the woman who drives me to poetry.” I only recently realized the double meaning of that statement. In his poetry, he compared their love to a great Dorchester traffic circle in its constancy, to the shelf life of a Little Debbie snack cake in its endurance. Not even Annie can top those metaphors but my sisters and I do want to tell Carol how very grateful we are for how completely she loved and cared for our father.

Dad may not have had his running legs as he ambled into his victory lap but he kept the extraordinary conversation going right until the end.

I don’t have the sucker punch ending my father was famous for – or as Annie called it “the orange you glad I didn’t say banana?” technique. Maybe because I am resisting that this is an ending – he’ll live on in his poetry, certainly, but also when we catch a good wave, spot a hawk, throw on a long-sleeved t-shirt, enjoy a piece of fudge, and, most of all, in the interesting lives we intend to provide for his grandchildren. 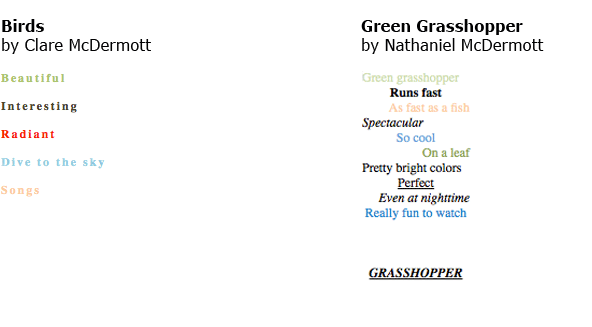