We must be willing to get rid of the life we planned, so as to have the life that is waiting for us.
Joseph Campbell 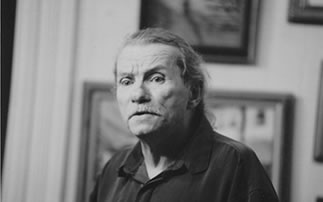 A tribute to legendary Slam Poet Jack McCarthy, who passed away on January 17, 2013 in Seattle, Washington at the age of 73. RIP. Video produced with love and gratitude by Neil Scott and shown at memorial services in Lexington, MA, Marysville, WA and Venice, CA. 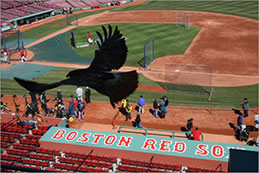 “When I was in college, my dad wrote a poem called, “I’ll Come Back as a Hawk.” Since his passing, I have seen hawks in the most remarkable places and at the most remarkable times. The first sighting was just a few days after his death in the rafters of Fenway Park, home to Jack’s beloved Red Sox.

The second was in the Charlestown Navy Yard amid the seagulls the day after the Boston Marathon bombings. My husband, two year old son (also a Jack) and myself had been within blocks of the bombing. Jack was the one who spotted the hawk, and I told him it was grandpa making sure we were okay. And the third was on Cape Cod after what had been a spectacular day with my husband and two young boys – at a moment where I was thinking how truly blessed I am. These sightings, in addition to feeling downright mystical, have brought me great comfort.” 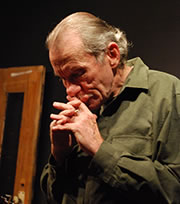 Jack McCarthy once brought a Worcester crowd to a standing ovation with an epic poem about Latin class. The poem was titled “Magnum Iter”…

In Memoriam: On the death of Jack McCarthy, a working-class poet

An unsung hero of modern poetry passed away last week.

The first time I saw Jack McCarthy, I was in line at Stuart’s Coffee House, then a haven for Bellingham artists, bohemians, students, loners and poets. At the time, I didn’t know what the word “poet” meant. I didn’t know much of anything. I knew I needed to write for some reason beyond my control, but I didn’t know what to write, or why, or even how to begin.

All I knew with certainty was that I needed a cup of coffee.

That’s when Jack took the stage. I had stumbled into some kind of open mic, and the audience—mostly 20-somethings like myself—hollered at the aging man’s approach. I suspected an amazing feat of prestidigitation, or a musical performance, but the man had no instrument. Perhaps he would sing?

I could not have been more surprised when he opened his mouth. He was speaking—not singing, not even orating, but speaking, the way one speaks to a longtime friend. And the audience couldn’t take their eyes off him.

I guzzled my coffee and leaned closer. He was talking about addiction.

It hurts
when love dies.
When love is deep
it hurts deeply
more deeply maybe than you thought
anything would ever hurt
again.

But with time
the spaces between the moments when it hurts
get longer
the moments themselves become
less devastating
till eventually you come to associate them
with a sad sweetness
that has as much in common with love
as it does with grief.

I will not say
Don’t grieve for me—
do I look like Saint Francis?